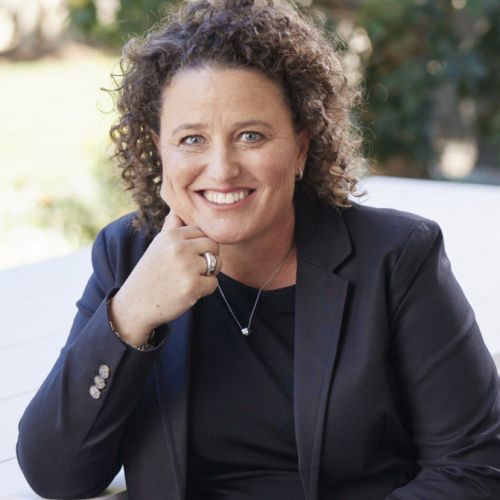 Dr Kirstin Ferguson is a business leader, company director and

Sitting on a range of corporate boards across a variety of

industries since 2008, Kirstin is an experienced Non-Executive

Nominations Committee Chair. She is a Fellow of the Australian

Institute of Company Directors and a QUT Colin Brain Corporate

Governance Fellow. Kirstin has been recognised as one of

Australia's 100 Women of Influence in the Board & Management

more than 30 years, Kirstin is a sought-after commentator, author and keynote speaker on leadership,

trust and emotional intelligence. Kirstin is also a passionate advocate for women, diversity and inclusion

and was the creator of the widely acclaimed #CelebratingWomen campaign. Kirstin is the co-author of the

award-winning book Women Kind and is currently researching her next book.

During her executive career, Kirstin was the CEO of an international consulting organisation as well as a

senior executive of a large corporate law firm. Kirstin began her career as an Officer in the Air Force and

was Dux of her Air Force graduating class at the Australian Defence Force Academy.

As well as a PhD, Kirstin also has honours degrees in Law and History and she is a Sir Winston Churchill

Kirstin is a professional speaker and MC, speaking on a range of issues relating to leadership, emotional

Book of the Year in the Australian Business Book Awards. Kirstin is currently working on her next book and

her literary agent is Curtis Brown.