He is the New York Times and Wall Street Journal bestselling author of Essentialism: The Disciplined Pursuit of Less. Essentialism was voted the #1 Leadership and Success Book to Read in a Lifetime.

His writing has appeared or been covered by The New York Times, Fast Company, Fortune, HuffPost, Politico, and Inc. Magazine. He is among the most popular bloggers for the Harvard Business Review and LinkedIn’s Influencers group: averaging a million views a month.

Greg is an accomplished public speaker. He has spoken to hundreds of audiences around the world including in Australia, Bulgaria, Canada, China, England, India, Ireland, Italy, Japan and Singapore.

He is an active Social Innovator. Serving as a Board Member for Washington D.C. policy group Resolve and as a mentor with 2 Seeds, a non-profit incubator for agricultural projects in Africa. He serves as a Young Global Leader for the World Economic Forum.

Prior to this, he collaborated in the research and writing of Multipliers: How the Best Leaders Make Everyone Smarter and worked for Heidrick & Struggles’ Global Leadership Practice assessing senior executives. 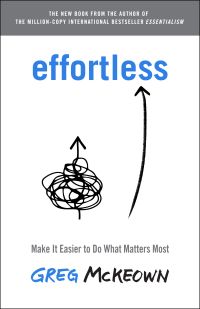