Ian is a reformed branding and advertising creative director turned entrepreneur, co-founder of national corporate audiovisual company Scene Change. He studied as a vet, got expelled, and became a corporate AV technician.

He was exposed to radioactive megadoses of corporate motivator shtick, and realized they’re generally 99% showbiz and 1% business experience.

He founded an award-winning creative agency, A Lizard Drinking, which was seriously the best fun in the world. Yet he realized he must leave that game and become his own client before he turned into one of those creepy grey-ponytail guys (for the record he has never had any kind of ponytail).

He co-founded Scene Change to test his weird-ass marketing ideas with his own money.

Though Ian and his co-founder don’t actually work there day to day, after ten years the businesses continue to grow at an average 30% a year while making profits well into the seven figures.

Apologies for dropping that charmless, boastful-sounding pair of facts, but there will be some strange tales in here, like that time we hired a toothless gypsy lady for strategic advice. It’s important to know that these antics are all for solid commercial reasons as well as our own amusement, and they worked very nicely on both counts.

Ian also invests in other companies outside Scene Change, and was Vice Chair of Meetings and Events Australia.

He puts out a story each Tuesday, and you should subscribe to get it by email because you can’t trust social algorithms in 2019. He also writess weekly in Smart Company. 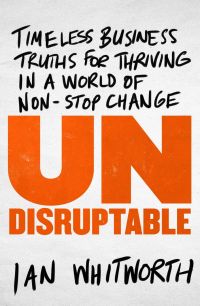