More than 500 of Australia’s most influential leaders attended this high energy event, featuring 30 speakers across Melbourne and Sydney.

Delivering the keynote was Valerie Jarrett, Senior Advisor to President Barack Obama, and Chair, the White House Council on Women and Girls.

“A new era of responsibility is here,” Ms Jarrett told the assembled crowd. 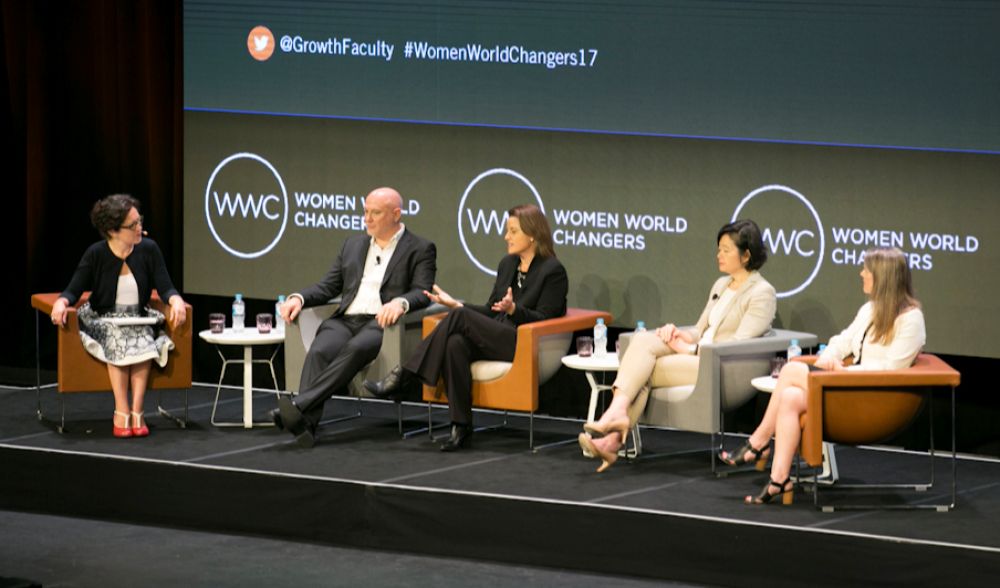 She went on to share that in the United States, women were graduating from college at higher rates than men, and 40 percent of working mothers were the sole or primary breadwinners. However, women were still earning 80 cents in the dollar compared with men. She explained how equal pay, workplace flexibility, paid leave, paid sick days, affordable child care, and a decent minimum wage were important not only for working families, but imperative for strong businesses, and a healthy economy.

Former Sex Discrimination Commissioner Elizabeth Broderick also took to the podium to give an impassioned speech entitled Building The 21st Century Organisation: Why Diversity Is Top Priority For Progressive Leaders. She explained that gender diversity was critical to business and industry, but it took courageous leadership, and needed the engagement of middle management.

She was followed by Anita Krohn Traaseth, CEO Innovation Norway, who spoke of her country’s efforts to close its overall gender gap by around by around 84%. She explained that it was achieved largely due to a strong emphasis on an equal society, a cross-sectorial political will and progressive policies. Ms Traaseth said increased innovation would transform and diversify the Norwegian economy, and that the role of women at work in Norway was a driver of this change.

A panel discussion focussed on leading the workforce of the future. Speakers included men and women from leading Australian industries and organisations.

Two highlights were a discussion on how management must be aware how cultural differences play out in an office setting, and the rise of the millennials.

Laura Liswood, Secretary General, Council of Women World Leaders, was well received as she spoke about diversity in her curiously-named speech The Loudest Duck: Beyond The Business Case For Diversity.

Ms Liswood explained that different “grandmas” say different things. In the US she (a grandma) says that the squeaky wheel gets the grease, in China the loudest duck gets shot, and in Japan the nail that sticks out gets hit on the head. As a result, a person from China or Japan is less inclined to speak out at a meeting, unless actively encouraged in a supportive manner.

Millennials on the rise

Millennials, who will make up 75% of the workforce by 2030, came in for special mention during a panel discussion featuring Krish Raja, Head of Data & Programmatic Product Sales, Nine Entertainment Co, and Award winner – Strategy; B&T 30 under 30.

Krish Raja picked apart conventional wisdom holds that Millennials are the ‘me’ generation; entitled, easily distracted, and looking for purpose instead of getting on with the job.

On the future of work, Tim Dunlop, Writer, academic and best-selling author of Why The Future is Workless explained the rapid rate of technological advancements would, in the not too distant future, be felt acutely by half the workforce.

If you'd like to increase your professional development why not consider becoming a member of The Growth Faculty? One membership, unlimited access to 30 live virtual Time For Transformation masterclasses and the best live virtual events - PLUS year-round leadership content On Demand with videos, podcasts and book summaries. Join a community of knowledge seekers who are inspired by the best. Access $4350+ value for just $398 AUD. See who's up next.