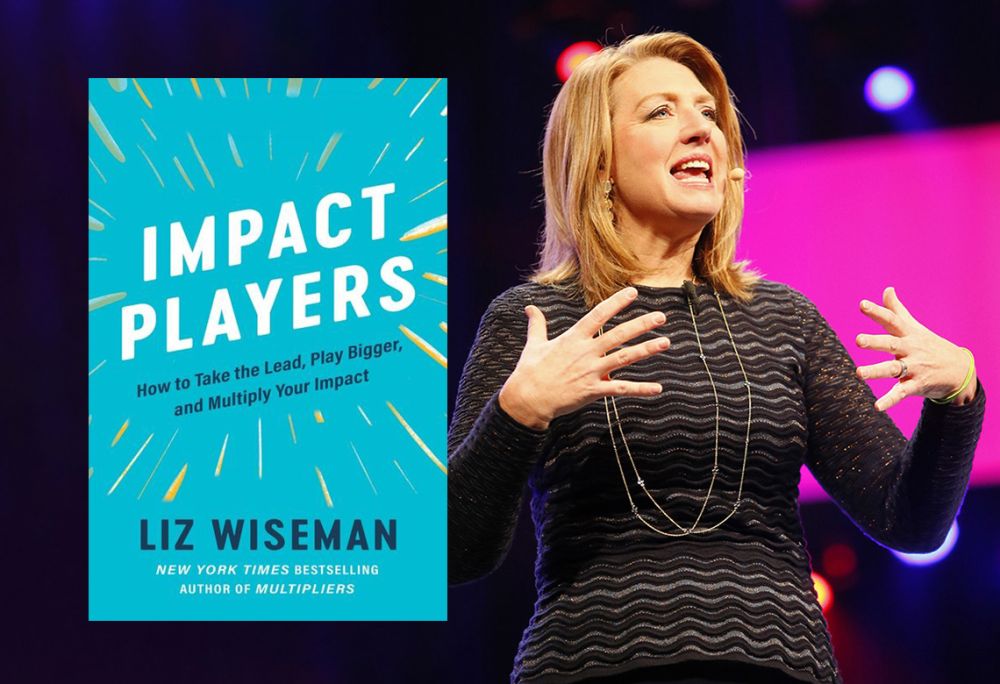 2000 leaders book in to Multipliers' author event on Impact Players

Record levels of burnout at work may not be because employees are overworked. Our Global Headline speaker said in today's event it may be because their jobs have too little impact. Simply put, it's as exhausting to be underutilised as it is to be worked to the bone.

More than 2000 leaders booked to join Liz in a live virtual Global Headline event broadcasting from California and Sydney: Liz Wiseman - Increase Your Influence, Leadership and Impact at Work. In this fascinating event, leaders discovered how to maximise the engagement and potential of their most highly valued team members.

A former corporate executive at Oracle, Liz is now CEO of the Wiseman Group. After the enormous success from her New York Times bestseller Multipliers, Liz Wiseman sought to answer the question:

She says these indispensable people exist in every organisation. Leaders know exactly who they are. They "play bigger" when others just do their job, and Multiplier leadership behaviours are a clue to building a team of such impact players says Liz Wiseman, author of Impact Players. In this blog we'll share learnings from our event, plus our interview with Liz Wiseman on her research and her book Impact Players, including what makes somebody an impact player, and how to attract more impact players to your team.

What is an Impact Player?

An Impact Player is someone who makes a significant contribution individually, but who also has an enormously positive effect on the entire team. They are smart and talented, with an extraordinary work ethic.

What makes Impact Players unique, though, is their "mental game".

This definition of an Impact Player comes from a research project conducted by Liz and her Wiseman Group colleagues.

They spoke to 170 leaders in 10 countries from companies including Adobe, NASA, Salesforce, SAP, Splunk, Google, LinkedIn, and Target about their most competent individual contributors.

These discussions revealed 3 categories of contributors:

Typical and under contributors lead to "a job well done" but high-impact contributors (or "Impact Players") do more.

We learn from the study that small differences in how we think and behave can have an enormous impact in the value of our work.

For example, each Impact Player understood what their leaders considered valuable, and they targetted their efforts where it had the most impact and influence and where the greatest number of people stood to benefit.

Given Impact Players were found across a variety of job types, at all levels, and in every industry the research team encountered, leaders should be hiring for and searching for these high-impact contributors on their team.

As the world gets messier, more complicated, more complex and more connected it's getting harder to match employees to the work that needs to be done. Much of the work is "everyone's job, yet no-one's job," says Liz.

Enter the Impact Player. Instead of finding messy problems a distraction from their job, they see them as a chance to be useful. They do the job that’s needed, not just their job. Liz terms this “What’s Important Now,” or “W.I.N.” Managers love people doing things without being asked, and Impact Players are problem solvers.

Impact Players step up, then step back

96% of high-impact contributors always or often take charge without waiting to be directed, compared with 20% of typical contributors, a Wiseman survey found.

When roles are unclear, instead of waiting for direction Impact Players use the opportunity to provide leadership. "They can both lead and follow, they pass the ball and share the glory," says Liz.

In essence, they have a "stewardship mentality" and see themselves as capable of leading, making an impact, and contributing to larger goals. 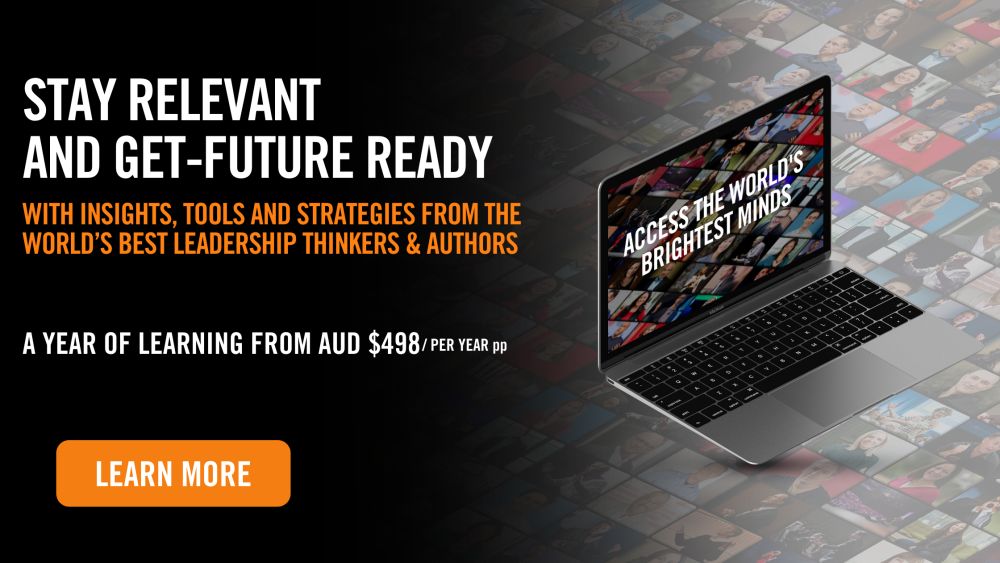 Impact Players get the job done in full. If there are unforeseen obstacles, Impact Players don’t view them as added hassles. They take a stab at the issue - as one manager put it: ‘Instead of like a cat - dropping it like a dead rat at your front door’.

They also see it through to the end. 98% of the time Impact Players always or often get the job done without being reminded, compared with 48% of the time for Typical Contributors and 12% for Under Performers.

"Their strength lies in understanding that problems are constantly lurking around corners," says Liz in Impact Players. They then become masters of improvisation and redirection.

Making micro-changes doesn't sound like having an impact, but making small adjustments is key to the effectiveness of Impact Players.

Impact Players are agile learners who see moving targets as a reason to build new capabilities. They don’t stick to what they know best. Instead, they embrace change.

Because they are self-assured, they respond positively to coaching and feedback, and micro-adjust their behaviours. In this way, they exhibit a learning or growth mindset.

While Typical Contributors are highly capable, they are like the massive petrol-guzzling Hummer; it will get you there but it consumes a lot of resources in the process.

Impact Players are like the ideal car that performs exceptionally, requiring little effort to achieve and maintain that performance.

"Impact Players hold the fundamental belief that I am an important part of the team," says Liz. They not only do their job well, they help their colleagues do their jobs well too.

Perhaps, most importantly, they have a sense of humour.

98% of top executives said they preferred working with employees with a sense of humour and 84% believe they do better work, according to Jennifer Aaker and Naomi Bagdonas's 2021 book Humor, Seriously.

5 Key Factors to Building A Team of Impact Players

Liz's research led her to conclude that people around the world arrive at work with the mindset of wanting to contribute at their fullest.

They want to work in a place where:

If people want to do their best, managers should be able to build an entire team of people creating value and "playing with impact." Here are 5 ways to bring that possibility closer.

Hire For The Qualities That Are Most Difficult to Develop

The best strategy for building a team of Impact Players is to create a psychologically safe workplace and to hire people who already have the mindset and qualities that are most difficult to develop and then actively cultivate the other qualities.

Hiring candidates who are self-directed, community-minded, have a high tolerance for ambiguity, and are fun to work with, even in stressful times, is a good start to building a high-impact team!

Oddly enough, the best leaders aim for a workplace that is both comfortable and intense. In our interview Liz Wiseman said "The Great Resignation" could well be partly down to employees not being challenged.

A quote from Impact Players is "Once leaders create a great place to work, they expect people to do great work."

You can help the team to see what is important at any given time by defining "What’s Important Now" (W.I.N.) and keeping it front and centre. Think of it as sharing your mental to-do list, suggests Liz.

When at Oracle she would post 3 top priority iniatives (no more than 10 words in total) on the door of her office. Managers of virtual teams could start meetings holding up such a list. She also mentioned in her event that in her current CEO role she prints out lists of her current priorities where she could do with help.

Model the behaviour you want to see. For example, let others see you both lead and follow.

Critique the work, not the person

People need two pieces of information to achieve top performance. The first is clear direction "What is the target, and why is it important? The second is performance feedback "Am I hitting the target?"

Insist the work is finished by holding them accountable, and also give them feedback. Think of it as critical information to allow them to calibrate and adjust their approach. Treat feedback like helpful information and not personal judgement, says Liz.

When someone does something to make your work easier as a manager, say, "When you do X, it's easier for me to do Y." When teams are remote or hybrid, it's easy for people to miss context, veer off agenda, or get stymied by obstacles, says Liz.

Managers can help by providing CONTEXT (share the why of the work), CLARITY (provide a clear statement of work), COLLABORATION (create forums where tough issues get tackled, and CONNECTION (be intentional about creating connections). Liz recommends virtual team collaboration software (such as Teams, Slack, etc).

Traits of Multipliers and Accidental Diminishers

Most employees want to make an impact at work, and managers want to hire Impact Players. After all, they are agile, easy to work with and know how to get the job done even in times of uncertainty. A great place to begin is developing your leaders so impact players want to work for them and want to stay.

LIz explained the traits of multiplier leaders and accidental diminishers. Leaders should start by reading her book Multipliers, a renowned New York Times bestseller. Because her research shows when a leader is a multiplier, more impact players on the team result. And, when those Impact Players are placed near others the qualities spread. Eventually everyone rises.

﻿If you'd like to increase your professional and personal development why not consider becoming a Growth Faculty Pass Holder with ? Unlimited access to 40 live virtual masterclasses and Global Headliner virtual events - PLUS year-round leadership content at On Demand with videos, podcasts and book summaries. See who's up next.