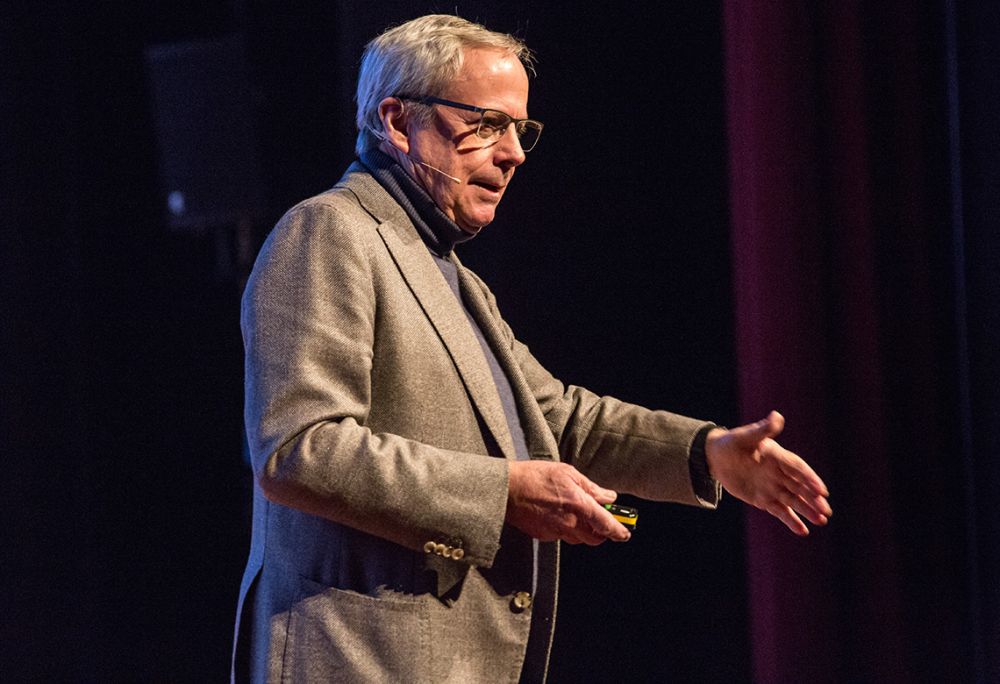 How to declutter your mind, your desk, your life

David Allen is widely recognized as the world's leading authority on personal and organizational productivity. His pioneering research, coaching and education of some of the world's highest-performing professionals, corporations and institutions, has earned him Forbes' recognition as one of the top five executive coaches in the United States.

Here are his best tips from his popular Australian workshop.

“What HAS your attention? (go back to your workspace, if it doesn’t belong there permanently, it’s whispering or talking to you). Put it in your in-tray.”

“Anything else in your mind that’s not in your stack? ‘I need cat food, I need to call bill, I need a life’ – okay then write it down.  The mind sweep.”

Treat your company like a kitchen before guests arrive

“Create a world where there are no problems only projects…”

“I’m not a naturally organised guy, I’m a naturally lazy guy…I have a system that I never have to think of the same thing twice, that’s lazy!”

Is your brain your office?

“How many of you revisit the same idea over and over again?”

“For 99% of the population, their brain is their office – and it holds only 4 bits of info at once, no more.”

“Which email matters?  The one that fits in with your purpose and principles, your goals, your vision.”

“I’ve got a broad definition of a project – it’s anything that takes time to finish…most have between 30 and 100 personal and/or professional projects (dentist, expense report, interstate visit, mail run, etc) and so all the things you need to do (emails need to send, talk to life partner, errands) add up to 150-220 right now.”

Parents, watch your phone use

“Parents do not let your children grow up from underneath you because you’re on your phone… Simply be present.”

“When someone jumps you in a dark alley you do not want 2000 unprocessed emails in your head. Mind like water. You want a clear deck.”

“Capture all potentially meaningful things, clarify what you will do about them exactly, organise the results in functional categories, which you reflect on. Then engage .”

Did you get a degree just to remember stuff?

“If I’m longer than 20 minutes anywhere you’ll see my notebook start filling up with notes on it. I carry a portable red plastic folder to hold notes. My most used capture tool last 20 years – a note taking wallet (pad and pen inside a wallet). I’ve learned to over-capture.”

“If I say to someone, “Yes Stefan I’ll get back to you” – I write it down then and there.”

“Brain toss is an app you can use for capturing stuff that goes straight to your inbox https://braintoss.com/ “

How to sleep better.

“You’ll sleep better if you keep a pen and paper by the bed. If you’re a compulsive list maker, that won’t work.”

“You know how emails move into the ‘heh’ stage? You know – you open an email and you go ‘heh’ and close it. You instead need to ask “is this an actionable item?” Yes or no.”

“I recommend Charles Duhigg – The Power of Habit – for helping keep stuff out of your head and finding the next action.”