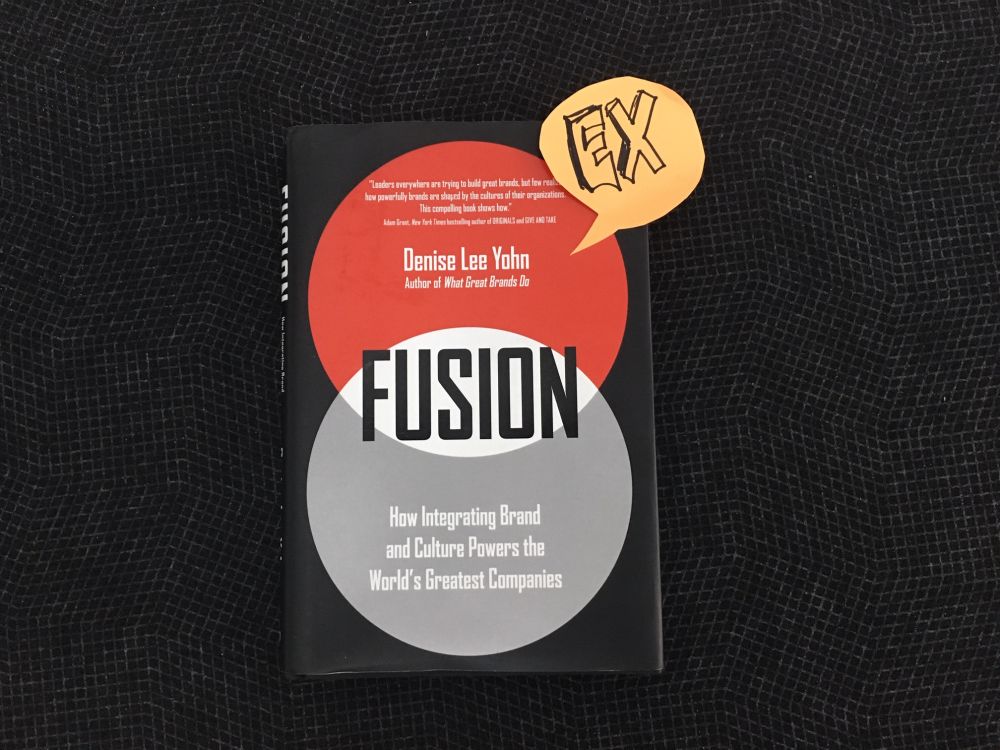 CX is the acronym for Customer Experience.

But CX is nothing without EX, a newer acronym which stands for Employee Experience.

According to Denise Lee Yohn, the author of What Great Brands Do and Fusion, EX is the critical strategy that Airbnb relies upon to build brand and pursue its purpose.

Lee John, writing up Airbnb’s case study in Fusion, says that when the lodging rental and hospitality company adopted its famous “Belong Anywhere” slogan in 2016, it needed to bring the concept of belonging inside the company as well.

Airbnb made operational changes to make this happen.

Lee Yohn’s case study also shows Airbnb has a week-long on-boarding before they begin their jobs, which include daily experiences that reinforce the values, brand identity, purpose and values of the company.

She emphasises that not all brands have to have "happy, feel good" EX.

Amazon, for example, has great EX but it centres around performance and innovation. It can be a tough place to work, but an authentic one.

Lee Yohn explains also that EX is NOT employer branding, which is developing an external reputation to help build a corporate image. Efforts should not focus on people outside your company, she says.

Instead, she quotes Jeanne Meister, founding partner of HR advisory and research firm Future Workplace, who coined the helpful phrase “Workplace as an experience.”

Dean Robertson, former CEO of Microsoft partner Mexia, which achieved a ranking in the Top 10 Best Places to Work in Australia, says that sense of belonging, and positive experiences, must extend to all staff.

“There are no second class citizens in a great culture,” he says. “Remind everyone that every boat has a hull underwater providing buoyancy and stability, even if you can’t see it.  Everyone on the team is important and making a valuable contribution, from the admin staff to the leadership, even if they’re not in the limelight.”

Dean Robertson is now Partner, Platform Engineering, at Deloitte Consulting, after an invitation in late 2018 for his whole team at Mexia to join Deloitte, who were clearly impressed with Mexia’s brand and culture.

Mark Levy, Airbnb’s global head of employee experience, sums it up for Lee Yohn this way:

“Anything that sets employees up for success or improves our culture should be part of EX.”

And, if you need convincing EX is for you, Lee Yohn quotes U.S. research conducted by Jacob Morgan, who wrote The Employee Experience Advantage:

Organisations who invested most heavily in EX were:

So, in 2020, there’s no excuse not to make EX a top priority for your company.

Lee Yohn says that companies can only transform themselves if their core values are woven into the fabric of their EX at every point in an employee’s journey with the company.

“You must imbue the core values of your desired culture in the daily experiences you create for your employees so that they can soak them in, and reflect them back with their behaviours and attitude,” she says.

“As the company’s core values come to life for employees, a better culture and stronger brand identity emerge.”