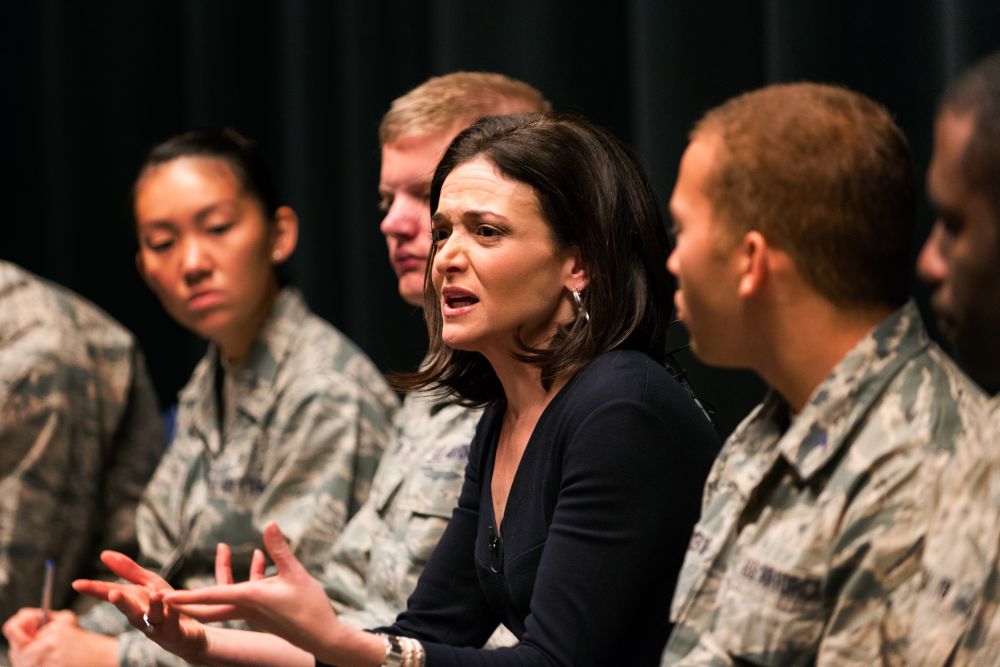 “Sheryl Sandberg never wasted a single moment of my time”

We spoke to Kim Scott, the CEO coach who's worked with Silicon Valley’s tech giants, including two of the “Big Four” (Google, Apple, Facebook and Amazon), as well as Dropbox and Twitter.

In her interview with Growth Faculty and in her book Radical Candor,  Kim Scott looks at how the best in the business taught her how to be a great boss:

Be a time saver, not a time waster (lesson from Google)

Kim says that in four years of working for Sheryl Sandberg, her former boss at Google (now Chief Operating Officer at Facebook) never once wasted a single moment of her time. In fact, she saved time for everyone. “She expected us to come to one-on-one meetings with a list of problems she could help us resolve. She’d make sure she understood and then she was like an…explosives expert, dispensing with obstacles.”

Be relentless in your learning (lesson from Dropbox)

The co-founder and CEO of Dropbox Drew Houston impressed Kim by being “the most committed and humble learner I’ve ever encountered in my career.” Kim says Drew has probably read and re-read every book on management ever written. “He has thought extremely deeply about what kind of company he wants to build and what kind of leader he wants to be. As a result, he’s willing to try things, admit they didn’t work as well as he’d hoped, and pivot.”

Just say it! (lesson from Apple)

This is the simple advice about criticism from Kim Vorrath, a team leader at Apple. Kim Scott explains that we can make the task of giving criticism that much easier if we think about what we’d say to someone leaving a restroom with their fly down. Not telling them they have an open fly could humiliate them later. So think of criticism as giving someone a chance to fix a problem, and not suffer humiliation later.

Let peers promote their colleagues, not managers (lesson from Google)

When Shona Brown joined Google to lead Business Operations, she wanted to avoid creating “dictators”. So she developed processes that required the input of the whole team. Promotions weren’t decided by managers but by a committee of peers. And, performance ratings got “360 degree feedback, not just the manager’s subjective opinion”.

Be humble (lesson from Apple)

Not always thought of as a model of humility, CEO Steve Jobs put “aw shucks” elements into announcements, says Kim. At the 2010 iPad launch, Steve did share Apple’s $50 billion company value milestone, but added “Now, I like to forget that, ‘cause that’s not how we think about Apple.” Kim says his carefully chosen words established humility for himself and the company.

Russ Laraway, Winner of Google's 2011 Great Manager Award, and co-founder and now COO of Candor, Inc., once told Kim “I know what kind of day I’m gonna have by the kind of mood you’re in when you walk in the door.”  If you are in a bad mood, Kim suggests saying “Hey, I’m having a sh***y day. I’m trying hard not to be grouchy but if it seems like I have a short fuse today, I do. It’s not because of you or your work, though. It’s because I had an argument with a friend (or whatever).” If you have a truly terrible emotional upset, stay at home for the day.

Never be late for a meeting, and don’t tolerate tardiness in others (lesson from Google)

As we saw earlier, Sheryl Sandberg is not a time-waster. She is also a stickler for time, and abides by the rule of never be late for a meeting, and don't tolerate tardiness. When at Google, Kim remembered Sheryl had a trick for meetings that dragged on. She’d choose a ‘decider’ and ask that person to come back to the rest of the team with a decision by a particular date.

Kim said more than 90% of Twitter employees reported feeling positive about Dick Costolo when he was CEO of Twitter. She credits, in part, his warm sense of humour. “Dick often had everyone at Twitter’s company all-hands meetings doubled over with laughter.” Dick recommended improvisation classes to other leaders to help answer awkward questions.

When Kim joined Google, Larry Page shared with her a story about a boss early in his career, who insisted Larry do a project “the way they’d always done it” instead of the two days workaround he’d suggested. It took Larry the whole summer, “three months of my life gone forever.” As a result Larry went to great lengths to make sure Google bosses wouldn’t squash their employees’ ideas and ambitions.

Kim’s own efforts to stay centred include eight hours sleep, breakfast and dinner with her family, and 45 minutes of exercise a day. She occasionally reads a novel, has mini-breaks with her husband, and a two week holiday each year. “If I can manage to do those things, I can usually stay centred no matter what storms rage around me.”

If you'd like to increase your professional and personal development join us with a 12 month Leadership Pass. You get unlimited access to 40 live virtual events - PLUS 100s of videos, podcasts and book summaries on demand. Join a community of knowledge seekers who are inspired by the best. Access $7500+ value for just $398 AUD. See who's up next.

Interactive Learning: What is it & What are its Benefits?